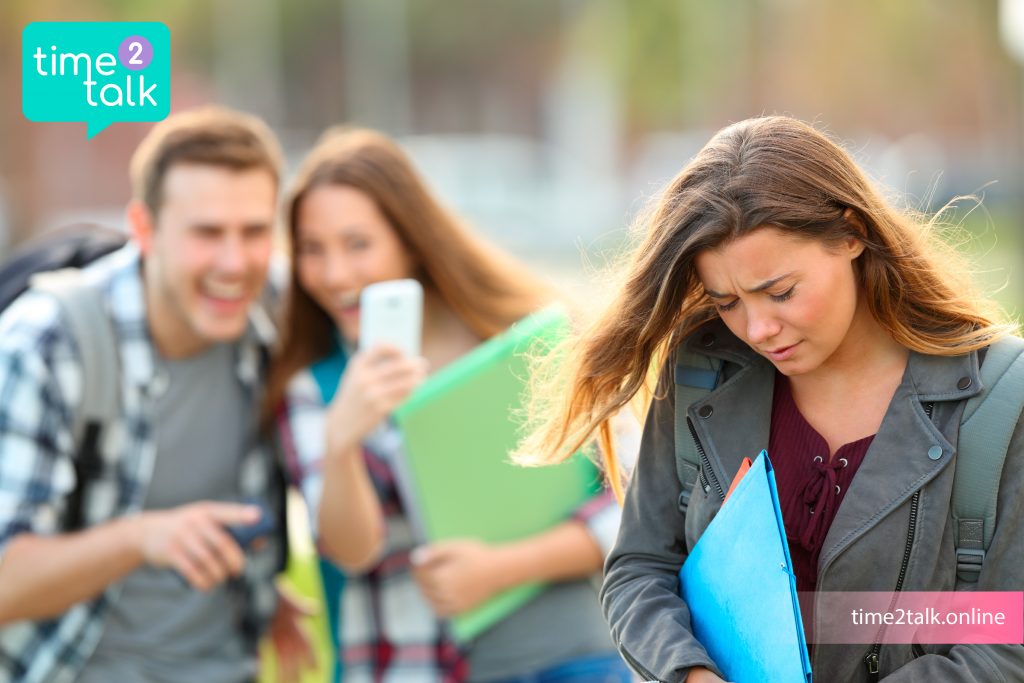 Bullying is a mistreatment dynamic among peers where one of them becomes the aggressor or bully and the other becomes the victim. The bully’s aggression is intense, frequent and aimed to physically and emotionally humiliate and harm the victim. Aggressive or disruptive behaviors by the bully, may or may not be evident.

In the school bullying dynamic, the aggressor, encouraged by accomplices or spectators, believes he/she has the power to hurt the victim, and the victim surrenders that power to be damaged since the victim usually has no tools to confront the bully and stop the inflicted abuse. It’s common to observe an excessive level of aggressiveness by the bully and low self-esteem on the victim.

School bullying is a system where each party plays an important role. If bad behaviors are disintegrated, bullying will naturally tend to disappear, since the accomplices or spectators are those who hurt the victim the most when they choose to allow and encourage the aggression, generating despair, loneliness and resentment feelings in the victim.

According to the Organization for the Economic Co-operation and Development (OECD) Mexico holds the first place in junior high school bullying cases at an international level. Likewise, from 2013 to 2016 the percentage of students who claimed they have suffered some type of violence increased from 30% to 40%, according to figures by the National Human Rights Commission (NHRC).

What should adults do to control bullying?

Ideally, adults must create trust bonds with their students to motivate them to inform the authorities or any adult they trust about any abuse of intimidation by their schoolmates. They must immediately intervene upon detecting the existence of a bullying situation among students, report the incident and inform school authorities, the victim’s and bully’s parents so the case may be investigated.

It is crucial for teachers and directors within the academic community to hold permanent surveillance to detect and identify when a student begins intimidating another. To also keep in mind that bullying can happen at plain eyesight, as well at scenarios where there is little or no supervision. Restrooms, schoolyards, halls and school buses are places where attacks among peers frequently take place, and also by mobile phones which are nowadays available to anyone.

Learning to differentiate between a school conflict (isolated conflict, accidental without a specific purpose which happens between equal forces or power and which can be solved at a specific moment through dialogue) and bullying (recurrent conflict, aimed to damage and have control over another, characterized by a power unbalance, which is reflected in a low school performance, altered social interaction, health problems, low self-esteem, school dropout, suicidal attempts, etc.) is crucial to eradicate it.

The golden rule is: if the person who is being pranked isn’t laughing, IT ISN’T A JOKE, it’s bullying.